Jen Araki was born in Kelowna, British Columbia, Canada. At age 13, Jen was signed with Elite Model Management, California. With her Mom by her side, Jen spent her summer holidays traveling the world. Jen enjoyed the opportunity to becom 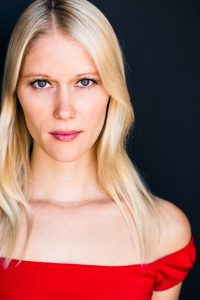 e more culturally aware and educated with the exposure to new people and places and as a result she matured quickly. After graduating from High School she moved to New York City to pursue her dream of becoming an Actress. To support herself she signed on with Ford Models while studying acting at the New York Film Academy, followed by two years at Mesiner Conservatory studying under “Nina Murano”. She then furthered her training at “Michael Howard Studios” with “Alexander Neil”.

Jen has appeared in numerous television shows, playing James Gandolfini’s mistress on “Sopranos”, to working with Henry Winkler on “Royal Pains”, along with many independent films and theatre productions.

Recently she has worked on HBO Canada’s show “Good Dog”, the independent film “Red Butterfly”, a lead role in the feature film thriller “Kill Her Not Me”.

Jen also has a passion passion for filmmaking and opened up her production company “Broken Tree Productions”  which believes storytelling is a  powerful and effective ways to cultivate a better world, it is our mission to generate content that connects our community and influences social change. She directed and produced a feature length documentary called “We Gotta Get Out of Here” which chronicles the journeys of five youth struggling to beat the odds as they navigate their way out of the foster care system in Los Angeles. She is in pre-production with a new documentary project “They Call Me Superman” – on the life of Manuel Jimenez, Boxing Coach at the infamous Wild Card Boxing, in Los Angeles, CA. The film will reflect upon and follow Manuel, an unsung hero with a commitment to fulfilling a personal oath he made to himself years prior “to help change as many boxers’ lives as he can” in his lifetime. A true story; of one man’s struggles and sacrifice doing what he can for the love of humanity through his passion for Boxing.  J

Jen spends much of her free time giving back to the community and makes it a big part of her life.

Jen now resides between Los Angeles and Vancouver, and is thankful and humbled everyday that she is on set doing what she loves the most.